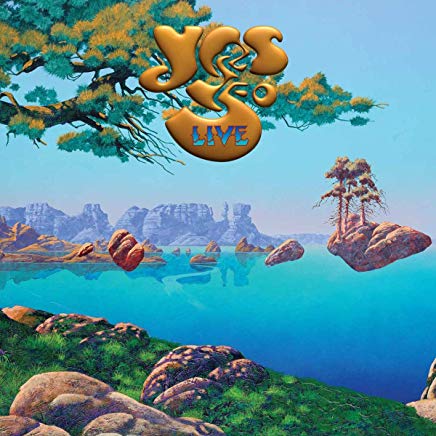 Among the longest-lasting of the '70s progressive rock groups, Rock And Roll Hall of Fame inductees Yes, founded in 1968, overcame a generational shift in its audience and the departure of its most visible members at key points in its history to reach the end of the century as the definitive progressive rock band.

Where rivals such as Emerson, Lake & Palmer withered away commercially after the mid-'70s, and Genesis and King Crimson altered their sounds so radically as to become unrecognizable to their original fans, Yes retained the same sound, and performed much of the same repertoire that they were doing in 1971, and for their trouble, found themselves being taken seriously a quarter of a century later. Yes 50 Live is a 4LP set marking the 50th anniversary of this prog rock super group. The material celebrates (and re-imagines) material ranging from 1971's The Yes Album (the band's third studio release) through 1987's Rabin-charged Big Generator, making for a fairly solid Yes survey of the band's most creative (and commercially successful) years.