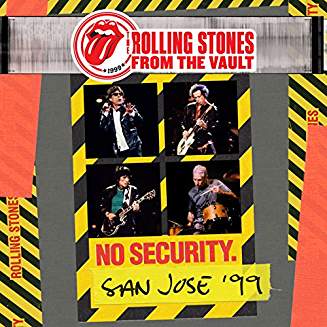 From The Vault- No Security San Jose 1999

The Rolling Stones - From The Vault: No Security- San Jose 1999

From The Vault: No Security — San Jose 1999 captures a memorable show on the band's tour of that name, which was a continuation of the Bridges To Babylon excursion.

The show saw the Rolling Stones returning to San Jose, where they first played in 1965 to 33,000 people over two nights, as their fame spread across America and the world. The No Security show featured a typically exhilarating performance by the band on both the main stage and in stripped-down format on their celebrated B stage.

Opening with "Jumpin' Jack Flash," the band presented a rich mixture of 1960s hits, later favorites and two tracks from their most recent studio album Bridges To Babylon, "Saint Of Me" and "Out Of Control." The set also featured an epic, 12-minute version of "Out Of Control" and the traditional feature spots for Keith Richards, center stage for "You Got The Silver" and "Before They Make Me Run."