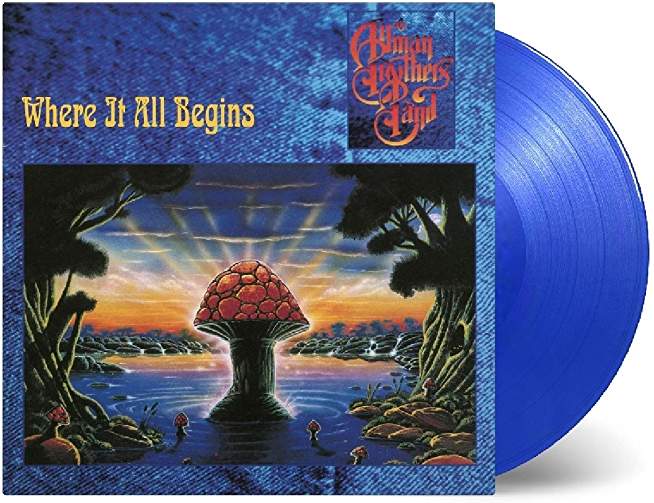 Where It All Begins (BLAUES Vinyl)

The Allman Brothers Band: Where It All Begins
2 LP
180 Gramm audiophiles BLAUES Vinyl
Side D: etched
neu & versiegelt / new & sealed
sofort lieferbar / on stock
Label: Music On Vinyl
Where It All Begins (1994) is the eleventh studio album by The Allman Brothers Band. "No One to Run With" obtained the greatest amount of album-oriented rock airplay, while "Soulshine", written by Warren Haynes, gained success as a concert and fan favorite. Gregg Allman also started to confront his substance abuse problems in the past on songs such as "All Night Train". In 1998, the album went Gold. This was also the last studio album the group recorded with original guitarist Dickey Betts.

Where It All Begins is available as a limited 25th anniversary edition of 2000 individually numbered copies on transparent blue vinyl  The D-side features beautiful etched artwork in the vinyl.
Tracklist:
Side A
1. All Night Train
2. Sailin' 'Cross The Devil's Sea
3. Back Where It All Begins

Side C
1. Mean Woman Blues
2. Everybody's Got A Mountain To Climb
3. What's Done Is Done
4. Temptation Is A Gun