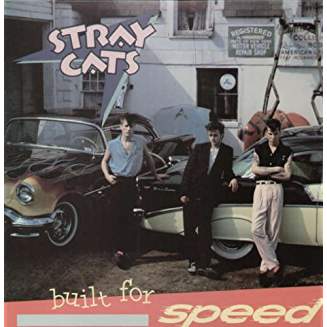 "In 1982, the unexpected success of the Stray Cats' American debut, Built For Speed, made America aware that rockabilly, previously believed to be extinct, was actually alive and well somewhere in New Jersey (though the evidence had to be taken to England before anyone would notice). Pulling together six songs from the Stray Cats' self-titled debut, five tunes from the follow-up Gonna Ball, and one previously unreleased number (the title song), Built For Speed is song-for-song the group's strongest album." – All Music Guide