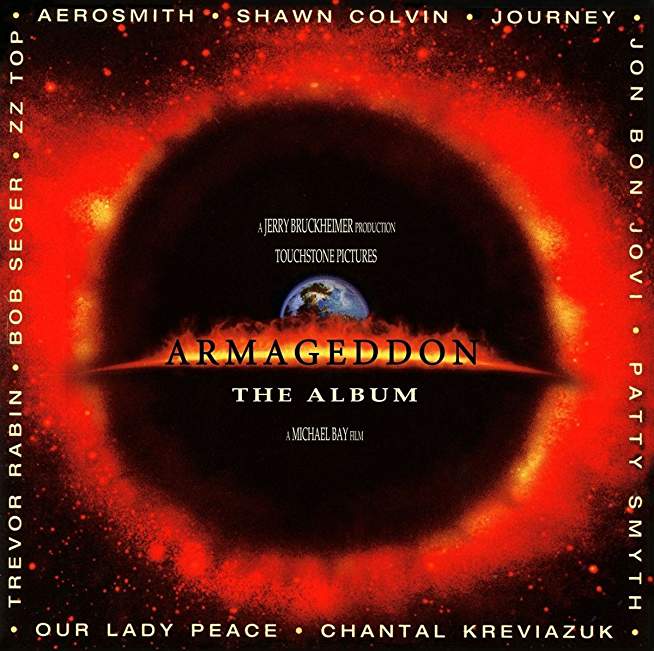 There was a time when Aerosmith was a great rock band. Then, just a few years before vocalist Steven Tyler's daughter, Liv Tyler, grew up and became a movie star, they transformed into one of the premier purveyors of power ballads — songs, in essence, that are as vapid as the big summer blow-'em-up movies, like, oh, say, "Armageddon." In which Liv Tyler stars. Convenient, no?

Aerosmith's No. 1 ballad from the movie "I Don't Want To Miss A Thing" was a smash around the world and was No. 1 in Australia, Germany, Austria, Norway, Italy, The Netherlands and peaked at No. 4 in the U.K.

The soundtrack, which includes four and a half Aerosmith tracks ("Animal Crackers" features only Tyler), also has contributions from ZZ Top ("La Grange"), Bob Seger ("Roll Me Away"), and Our Lady Peace ("Starseed"), all of which fans of the respective bands will own on previously released albums. There is Shawn Colvin's fine — if ultimately unnecessary — cover of World Party's "When the Rainbow Comes," new tracks from Jon Bon Jovi and Patty Smyth, and even a dusting off of Aerosmith's take on "Come Together." Judge for yourself: is that really the song you want to hear just before an asteroid finishes off the Earth?

Tracklist:
Side 1
I Don’t Want To Miss A Thing – Aerosmith
Remember Me – Journey featuring Lead Vocals by Steve Augeri
What Kind Of Love Are You On – Aerosmith