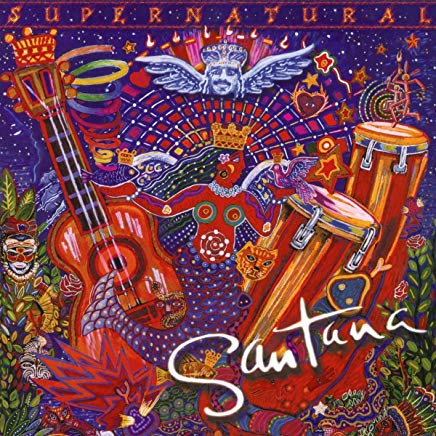 Includes the No. hits "Smooth" and "Maria Maria"

Supernatural is the 17th album by Santana, released in 1999. It went 15 times platinum in the US and won nine Grammy Awards, including Album of the Year as well as three Latin Grammy Awards including Record of the Year.

This two-disc Legacy repress of this multi-million-selling album from the guitar legend celebrates its creation with an array of outtakes, remixes and unreleased material from the original recording sessions. All the original tracks are here, remastered under the supervision of Carlos Santana, including "Smooth" with Rob Thomas, "Maria Maria" with The Product G&B, and "Put Your Lights On" featuring Everlast. Santana also collaborates with Eric Clapton, Dave Matthews, Lauryn Hill and more on this phenomenal album.

Supernatural is the highest selling album of original material released by any artist who had already been inducted into the Rock and Roll Hall of Fame prior to its release, and the second highest selling overall behind The Beatles 1.