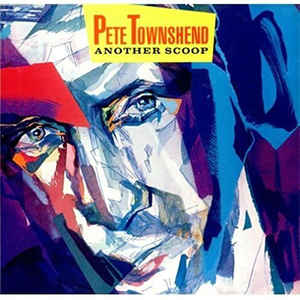 Features demos and out-takes including "Pinball Wizard," "Substitute," "The Kids Are Alright" and more!

The critically acclaimed Scoop series of albums gives the listener a privileged peek behind the scenes of one of popular music's greatest songwriters. The albums showcase Pete Townshend's career spanning demos from both The Who and his solo recordings.

The first release, Scoop, was released in 1983 and includes Townshend's versions of Who classics such as "So Sad About Us," "Squeeze Box," "Circles," "Behind Blue Eyes" and "Love Reign O'er Me."

Another Scoop followed four years later and continued to provide valued access to the Pete Townshend's vaults. Among the tracks included on this volume are "Pinball Wizard," "Substitute," "You Better You Bet" and "Pictures of Lily."

Scoop 3 surfaced in 2001 and included Townshend's initial versions of the classics "The Real Me," "Sea and Sand" and "Eminence Front."

LP 2
Prelude No.556
Baroque Ippanese
Praying the Game
Driftin' Blues
Christmas
Pictures of Lily
Don't Let Go of the Coat
The Kids Are Alright
Prelude, the Right to Write
Never Ask Me
Ask Yourself
The Ferryman
The Shout