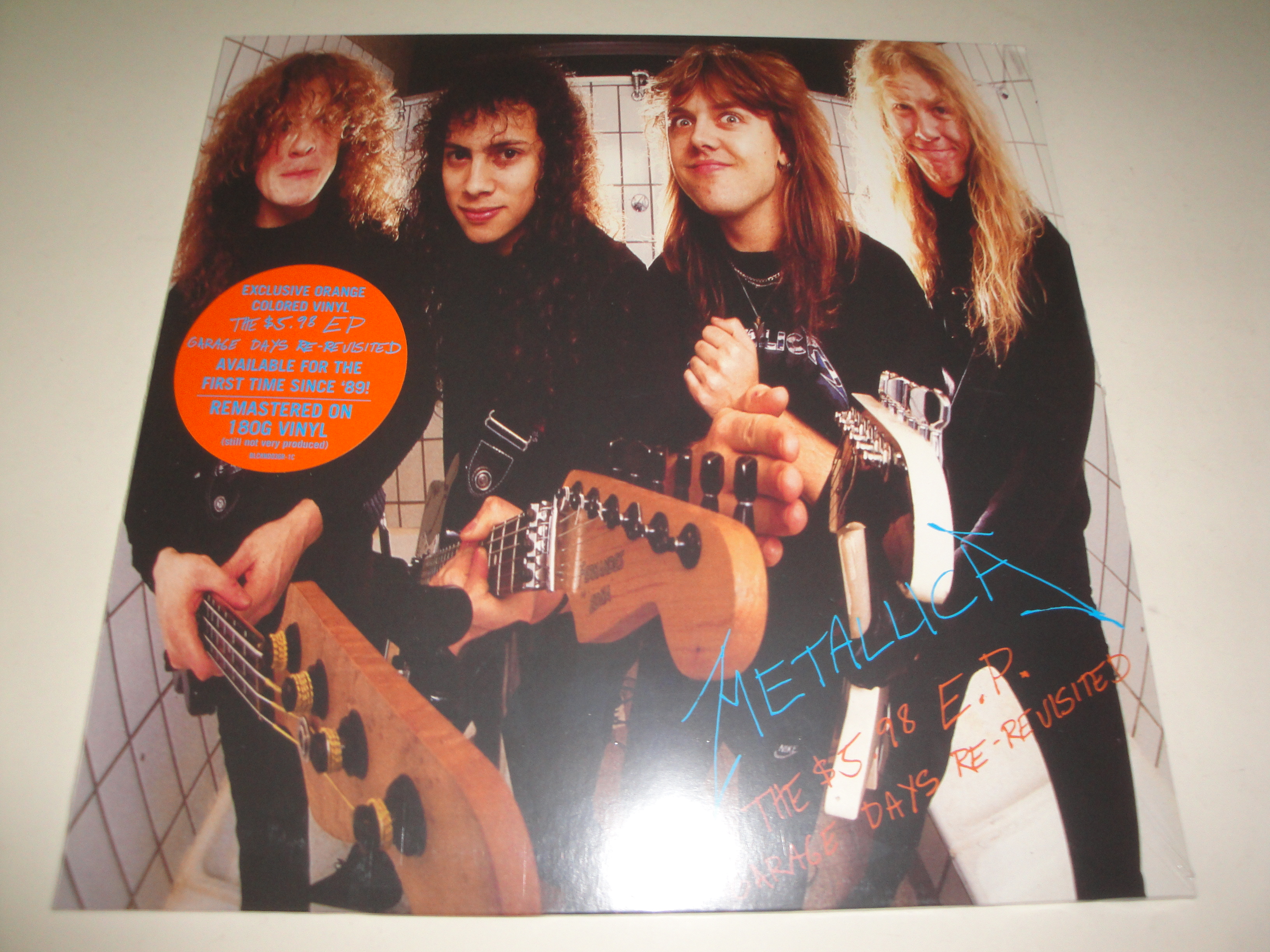 Next up in the series of Metallica reissues is "The $5.98 EP — Garage Days Re-Revisited," available for pre-order now and in stores on April 13 in time to celebrate Record Store Day. The long-out-of-print EP included five songs that were later released as a part of the "Garage, Inc." double album, but Metallica thought it would be fun to bring them back now in the original format straight from 1987.

The EP consists entirely of covers of late-'70s and early-'80s new wave of British heavy metal bands and hardcore punk music rehearsed in Lars Ulrich's soundproofed garage and then recorded in Los Angeles over the course of six days. It was the group's first recording to feature its new bassist Jason Newsted, and also the band's first release following the death of second bassist Cliff Burton.