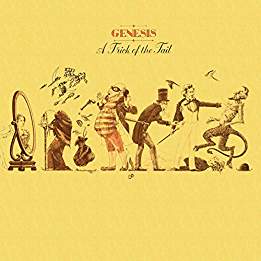 A Trick Of The Tail - Deluxe Edition

Genesis: A Trick Of The Tail

On A Trick Of The Tail, Genesis cracked the Top 40 for the first time in 1976 with their first post-Gabriel release. "Ripples," "Dance on a Volcano," the title tune, and the rest showcased their drummer, Collins, with a forceful and unifying sound. The album showed Genesis could thrive without its former leader.