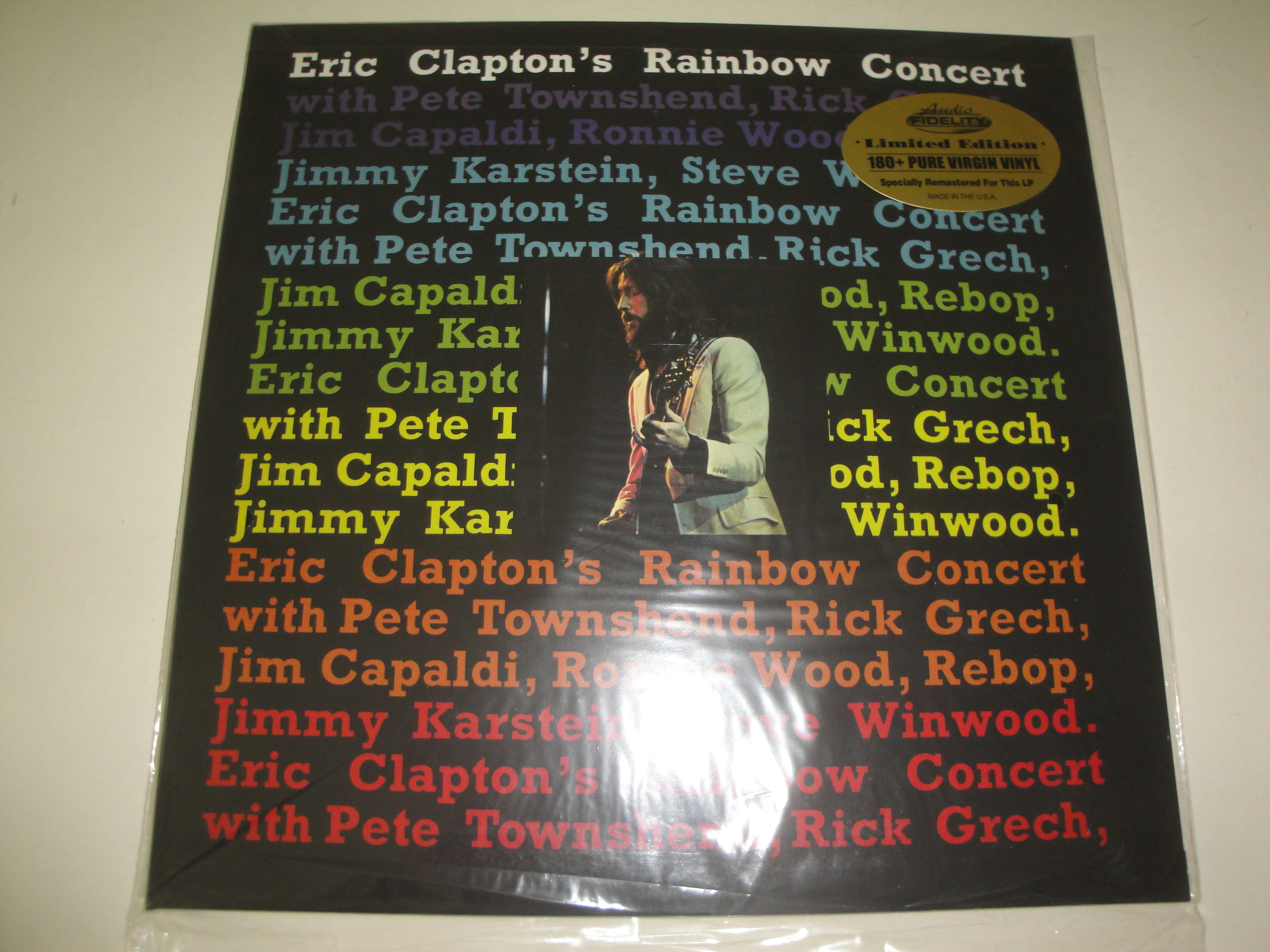 Eric Clapton's Rainbow Concert is a live album by English musician Eric Clapton recorded at London's Rainbow Theatre on Jan. 13, 1973 and originally released in September of that year.

The concert was organized by Pete Townshend of the Who and it marked a comeback by Clapton after two years two years of inactivity, broken only by his performance at the Concert for Bangladesh in August 1971. Along with Townshend, the musicians supporting Clapton include Steve Winwood, Ronnie Wood and Jim Capaldi. In the year following the two shows at the Rainbow, Clapton recorded 461 Ocean Boulevard (1974).

This Rainbow concert is the first live performance where Clapton used his famous Stratocaster guitar "Blackie." The Rainbow concert is a historic recording, the music is rich and rockin'. The addition of Pete Townshend, Ronnie Wood and Stevie Winwood brings out the best in Clapton. The album includes "Badge," "After Midnight" and Jimi Hendrix's "Little Wing" with Stevie Winwood taking lead vocals on Blind Faith's "Presence of the Lord" and "Pearly Queen."