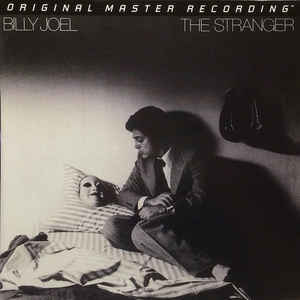 By the summer of 1977, Billy Joel was still searching for the elusive hits that would make him a viable artist on Columbia Records. His first four albums for the company had yielded only the minor hit "Piano Man," but nothing that would cement Billy's place on the artist roster. In June of that year, Billy played the last shows of the Turnstiles tour at New York's Carnegie Hall. The hometown shows were sold out and Columbia recorded them for posterity. In the audience one night was the legendary recording engineer Phil Ramone, who was making a name for himself as a producer of artists like Paul Simon, Phoebe Snow and Bob Dylan. Ramone liked what he saw and wanted to immediately start working with Billy and his band – something no other producer wanted to do. The band recorded nine songs that would come to define Billy's various influences and styles, including "Scenes From An Italian Restaurant," "The Stranger," "She's Always A Woman" and "Only The Good Die Young."

1. Movin' Out
2. The Stranger
3. Just the Way You Are
4. Scenes From an Italian Restaurant
5. Vienna
6. Only the Good Die Young
7. She's Always a Woman
8. Get It Right the First Time
9. Everybody Has A Dream