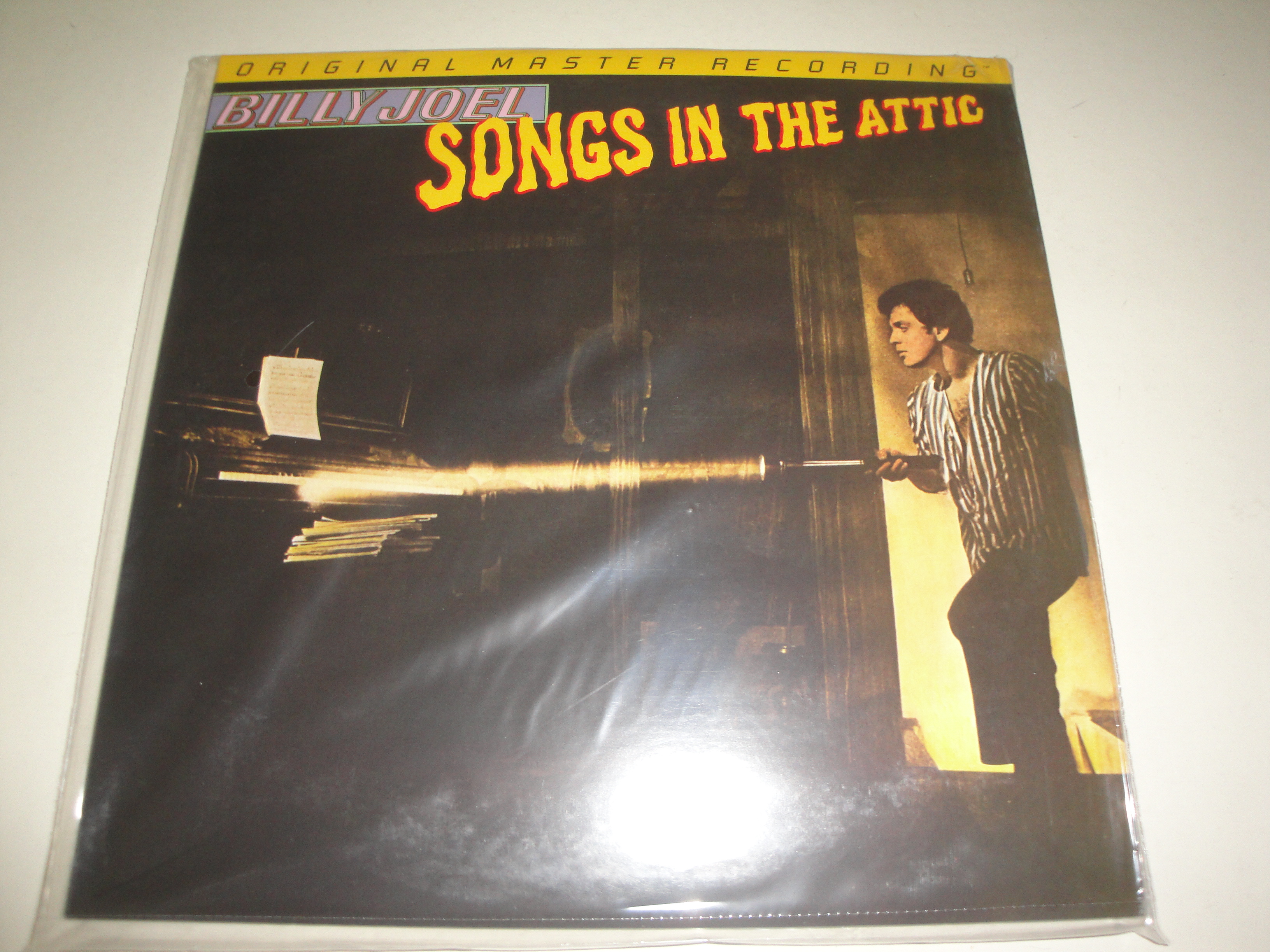 Songs In The Attic

Great live albums often function as documents of a performer's stinting onstage abilities, stopgaps between studio albums, introductions to a musician's earlier work, and/or opportunities for familiar material to be showcased in superior ways. Songs In the Attic serves all of these purposes and more. As Billy Joel's first live album, it's still his best, punctuated by dynamic renditions of favorites and deep cuts, and augmented by a tested band in sync with the pianist.

A vital component of Mobile Fidelity's Billy Joel catalog restoration series, Songs In the Attic is mastered from the original master tapes and pressed on 180-gram LP at RTI. The resulting presentation effortlessly outshines that heard on all previous editions of this 1981 set. Joel's piano possesses fuller body and lifelike resonance. His veteran group's contributions emerge with newfound clarity, dynamics, decay, and extension.