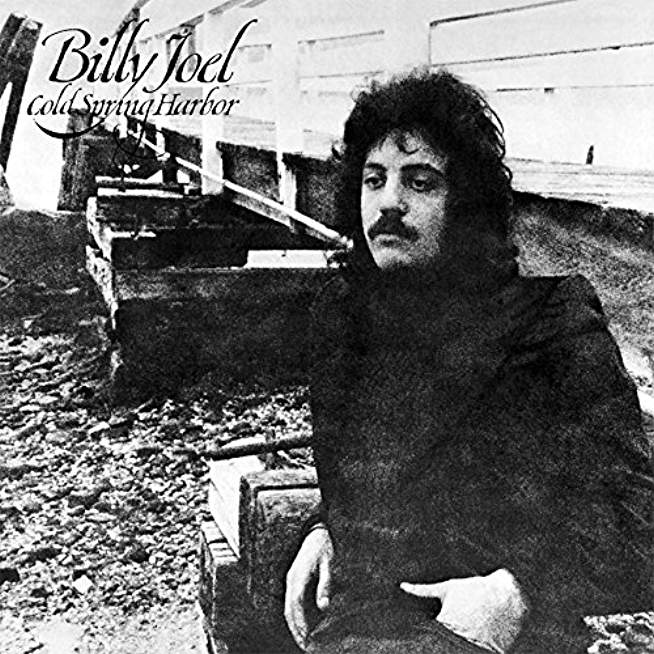 Billy Joel: Cold Spring Harbor
LP
180 Gram audiophile Vinyl
Gatefoldsleeve
Label: Friday Music, USA
new & sealed
on stock
Billy Joel's debut LP Cold Spring Harbor will always be revered as one of the finest classic early albums from this superstar singer/songwriter. Released in 1971, Billy had already paid a bunch of dues since the 60's with bands like The Hassles and Atilla. Already entrenched with a handful of influential radio programmers, Billy Joel took to the road vigorously to help promote the Cold Spring Harbor album on stations like WNEW in New York and WMMR in Philly, which eventually helped break Billy to a huge record buying audience. As his nightclub shows became sell outs and airplay was beginning with his debut LP, Cold Spring Harbor soon became the album which would springboard this singer/songwriter into an arena artist in a very short time.

Cold Spring Harbor shows this New Yorker's skills in the studio, his stellar vocals, songwriting and amazing piano artistry. Forty years later these tunes still resonate with his fans as Billy Joel is currently embarking on a very successful concert tour, and Friday Music is proud to be a part of the celebration with his debut masterwork Cold Spring Harbor.

As another installment in Friday Music's exclusive Billy Joel/Friday Music 180-Gram Audiophile Vinyl Series, this first time impeccably mastered audiophile LP features some of his greatest songs like the brilliant album opener "She's Got a Way," the Beatles-esque "You Can Make Me Free," the stellar instrumental "Nocturne," and his classic debut single "Everybody Loves You Now".

The masterwork contains even more of his most loved classics like the stunning "Falling of the Rain" and the country flavor of "Turn Around" featuring Sneaky Pete from The Byrds on pedal steel guitar.

For a very limited time, Friday Music is also enhancing your listening enjoyment with a first time gatefold cover artwork presentation, which features the original LP sized cover art not seen in years, as well as lyrics to all of these great Billy Joel songs, making this a keepsake for years to come.

Impeccably mastered by Joe Reagoso at Friday Music Studios, Billy Joel's Cold Spring Harbor will be one of the more anticipated classic rock releases in the audiophile vinyl domain this year.

Billy Joel's Cold Spring Harbor...Celebrate 4 Decades of the voice, the songs, the musicianship and the memories...1st Time Audiophile Vinyl...An exclusive...Only from your friends at Friday Music.