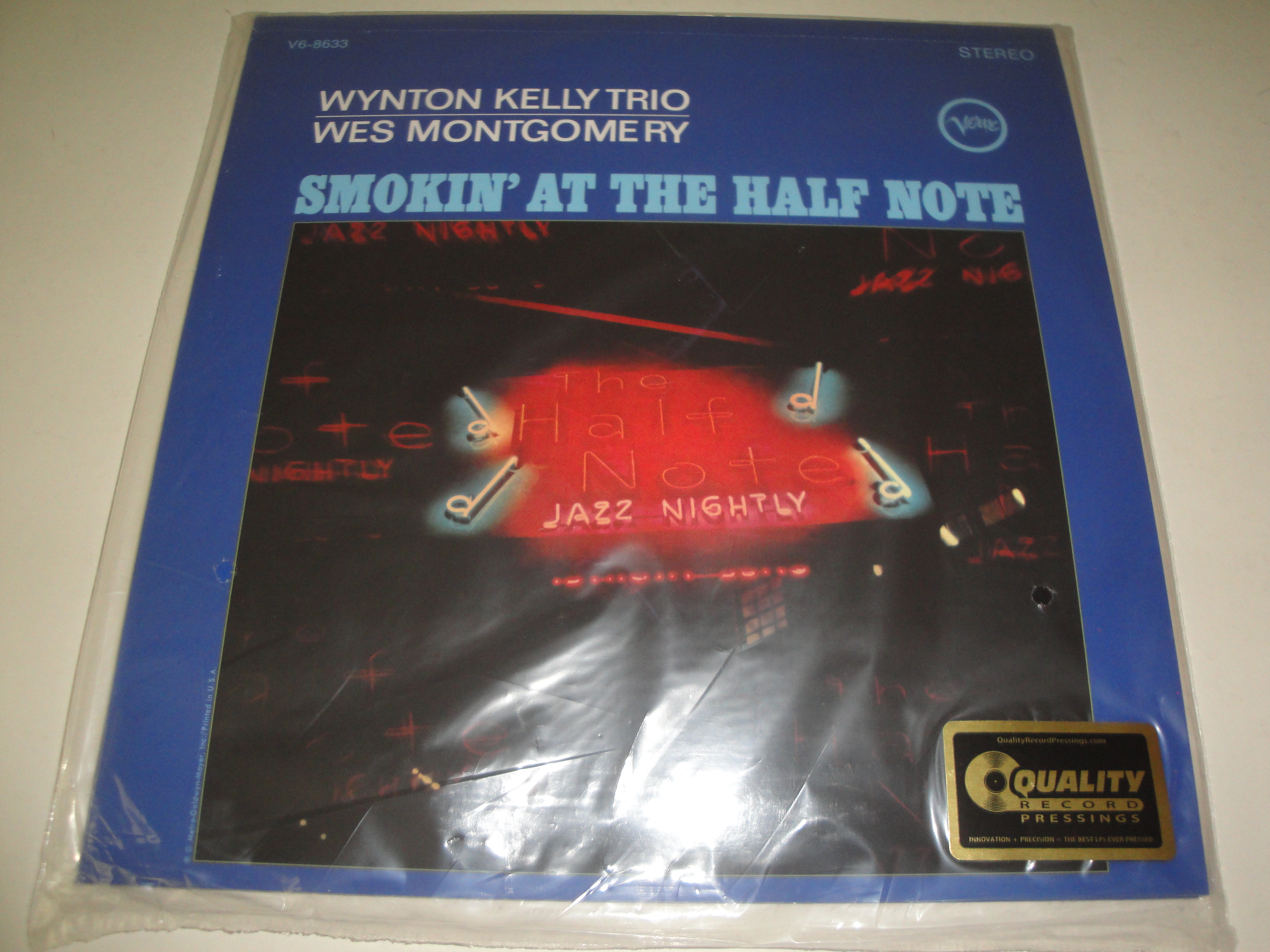 Smokin' At The Half Note

Smokin' At The Half Note

"Widely considered one of Wes Montgomery's best sessions, and by some, one of the best jazz guitar recordings of all time, Smokin' was an easy choice to include in Analogue Productions Verve series. ... this new mastering from the late George Marino at Sterling Sound cleans up the sound as never before. ... this is an essential performance, in the best-sounding version available." —Recording = 8.5/10; Music = 10/10 — Dennis D. Davis, Hi-Fi +, Issue 103

"...these are all truly classic Verve titles that you simply don't want to miss...most importantly, the sound of these reissues is nothing short of astounding. Particularly the early Billie and Ella mono records are incredible treasures of sonic beauty. I'd definitely ask Santa for the whole set, or, if you want to cherry pick, the most classic titles. Whatever you decide, you owe yourself at least a half dozen!" Winner of a 2012 Positive Feedback Online Writers' Choice Award - Danny Kaey, Positive Feedback Online, November/December 2011

This is timeless music that has inspired innumerable jazz guitarists and aficionados. In fact, jazz guitar great Pat Metheny has said, "I learned to play listening to Wes Montgomery's Smokin' At The Half Note." Metheny additionally said that the solo on "If You Could See Me Now" is his favorite of all time.

This legendary session was recorded at a New York nightclub. It captures Montgomery at the height of his improvisational powers. Many consider it the best performance on record by one of the most inventive guitarists in jazz history.

Highlights include the Miles Davis opener, "No Blues" and the following track, Tadd Dameron's "If You Could See Me Now." And the album's versions of "Unit 7" and "Four On Six" have helped to establish these songs as jazz standards.

- If You Could See Me Now