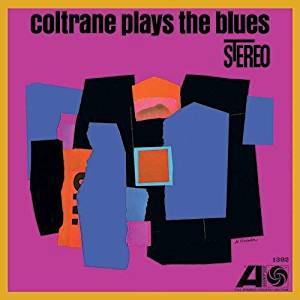 Mastered by Bernie Grundman from the original analog master tapes

John Coltrane returns to his roots using the blues to explore the boundaries of jazz! Features McCoy Tyner, Steve Davis and Elvin Jones! Recorded in 1960 during the My Favorite Things sessions, Coltrane Plays The Blues features "Blues To Bechet," "Blues To Elvin" and "Blues To You" in addition to three other tracks.

"Coltrane's sessions for Atlantic in late October 1960 were prolific, yielding the material for My Favorite Things, Coltrane Plays the Blues, and Coltrane's Sound. My Favorite Things was destined to be the most remembered and influential of these, and while Coltrane Plays the Blues is not as renowned or daring in material, it is still a powerful session." — AllMusic
Tracklist: