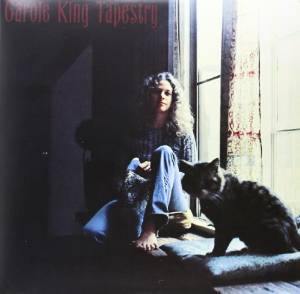 This classic album by one of the best singer/songwriters was declared the must-have album for every student in the '70s.

Tapestry was ranked US number 1 for 15 weeks, which is the longest time for an album by a female to occupy that position and remained in the charts for over six years. It remains the longest charting album by a female solo artist. The album also garnered four Grammy Awards including Album of the Year, Best Female Pop Vocal Performance, Record of the Year ("It's Too Late"), and Song of the Year ("You've Got a Friend").