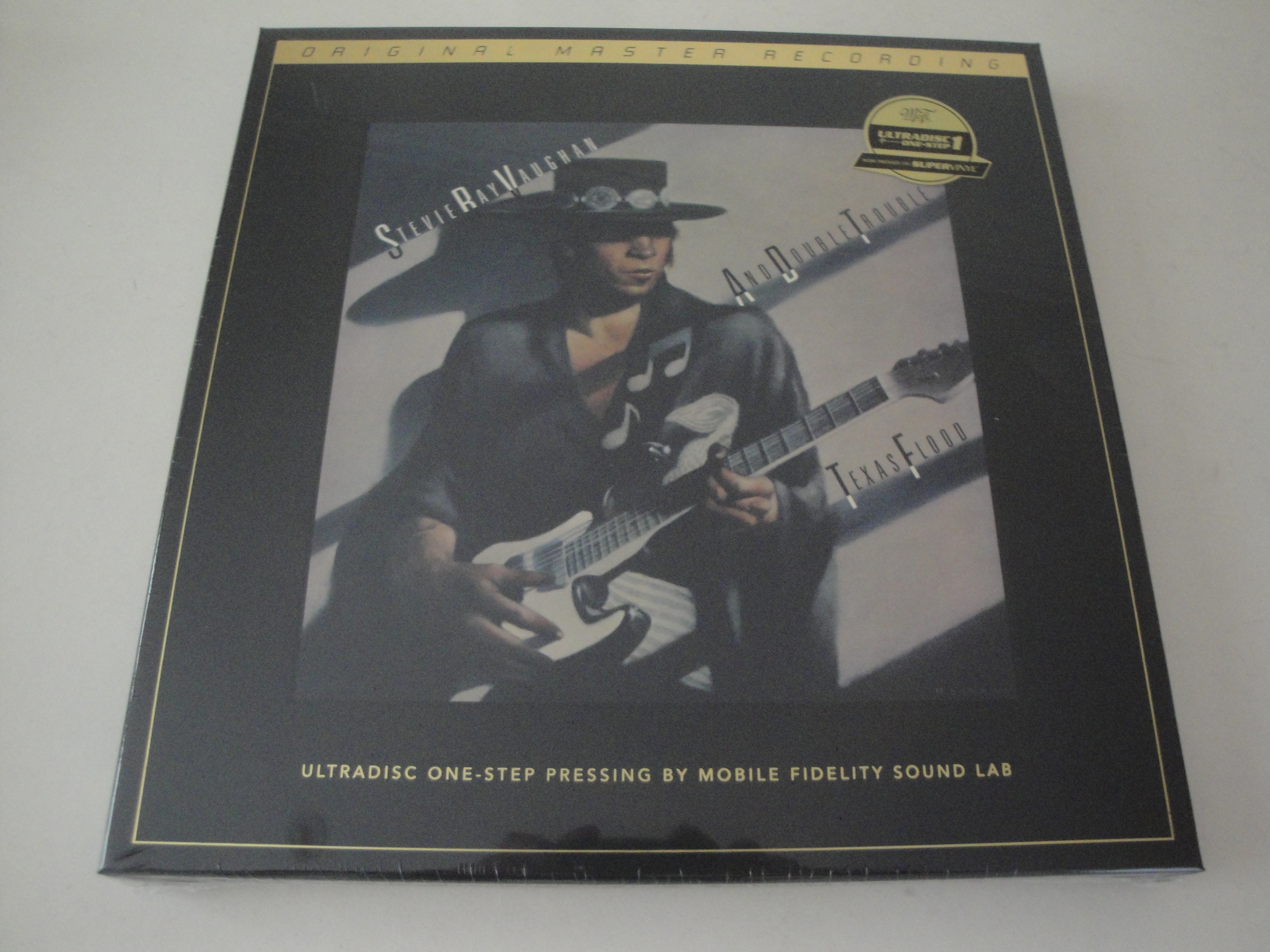 Stevie Ray Vaughan and Double Trouble's Texas Flood announces the arrival of a truly special talent — namely, the last major blues guitarist to emerge with a voice all his own, an immediately distinctive style, and a soulfulness you feel inside the depths of your existence.

The album was a phenomenal success, climbing into the Top 40 and spending more than a half-a-year on the charts, which was practically unheard of for a blues recording. The record plays like a dynamite club show, filled with crowd-pleasing originals and covers, all performed with unbridled enthusiasm. Texas Flood was certified gold on August 13, 1990, and certified platinum on January 22, 1992.

Not for nothing is Vaughan frequently mentioned in the same breath as his closest musical cousin, Jimi Hendrix, and ranked the 12th Greatest Guitarist in history by Rolling Stone. And not for nothing is this UltraDisc Edition from Mobile Fidelity the closest you will ever come to hearing Vaughan perform in Antone's, circa 1982. The lavish packaging and beautiful presentation of Mobile Fidelity's Texas Flood UD1S pressing befit its extremely select status. Housed in a deluxe box, this UD1S version contains special foil-stamped jackets and faithful-to-the-original graphics that illuminate the splendor of the recording. No expense has been spared. Aurally and visually, this reissue exists a curatorial artifact meant to be preserved, poured over, touched, and examined. It is made for discerning listeners that prize sound quality and creativity, and who desire to fully immerse themselves in the art — and everything involved with the album, from the images to the textures.

Born of hot, sweaty bars and years of woodshedding in front of demanding crowds, Texas Flood is rooted in Austin's rich musical heritage — as well as Vaughan's tenure in Paul Ray & the Cobras, recipient of the "Best Band" award in the city's first-ever music poll. After getting his feet underneath him, Vaughan formed Triple Threat, the ensemble that morphed into Double Trouble, with which he'd perform with for the remainder of his career. Having evolved from a quintet to a trio, extra demands were placed on Vaughan's role and playing — requirements he was more than comfortable to accommodate.

The evidence is scattered throughout Texas Flood, which single-handedly resuscitated a long-dormant genre. The record pays homage to influences (Hendrix, Albert King, Larry Davis) and ripples with a freshness that joins contemporary Texas blues and muscular rock at the hip. Vaughan's playing prizes emotion and pace, whether he's lighting it up on the jumpy "Love Struck Baby" or bursting with enthusiasm on the sparks-shooting "Pride and Joy."

The trio proves equally mesmerizing on slow numbers, with covers of Howlin' Wolf's "Tell Me" and Davis' " Texas Flood" weeping with longing. And as if to insure his name is etched in history, Vaughan takes a jazzy stroll with the instrumental tribute "Lenny," covering all the bases in less than 40 minutes. On par with anything recorded by Eric Clapton, Paul Butterfield, John Mayall, Johnny Winter, and the like, Texas Flood remains legion.