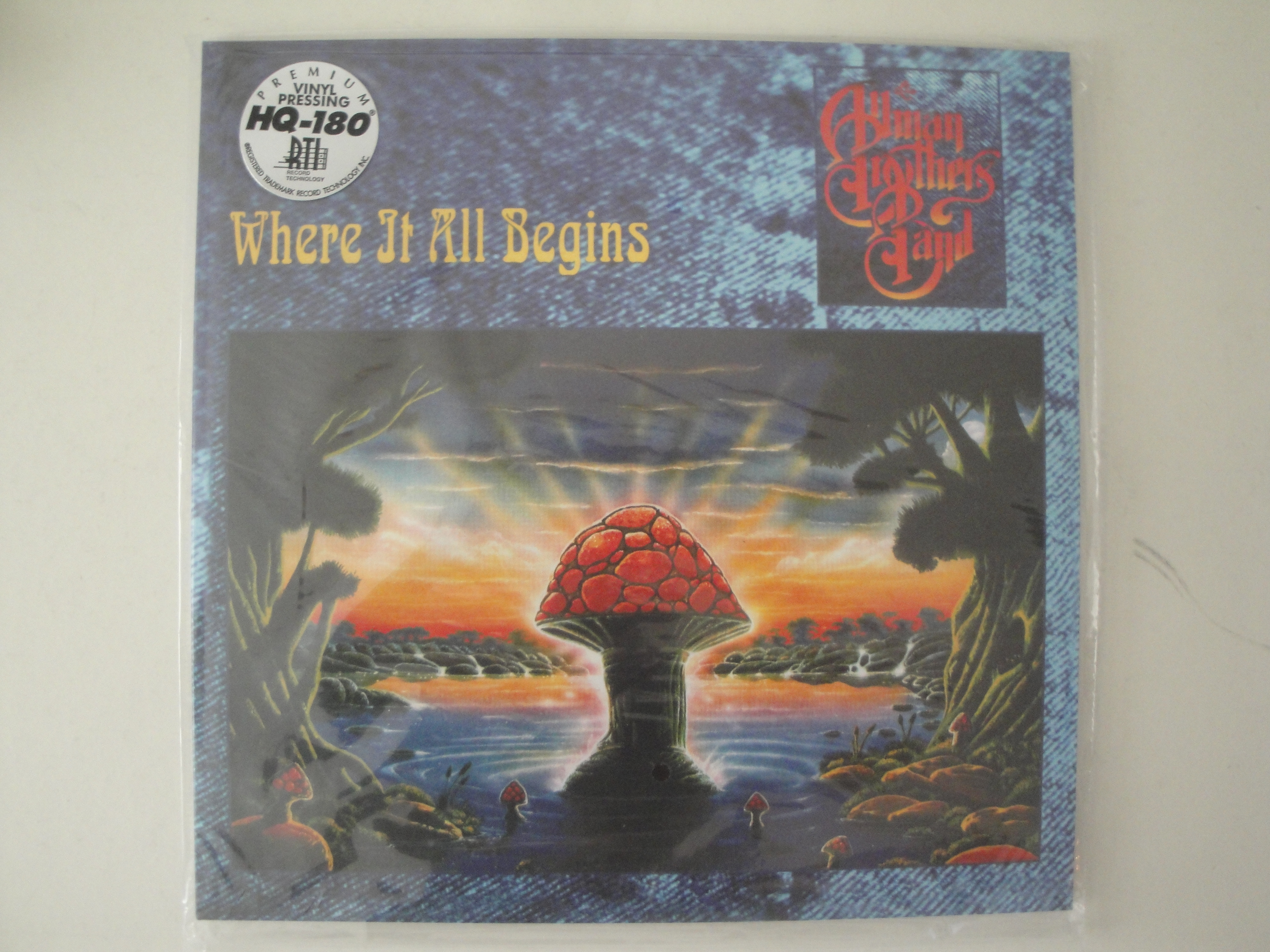 Where It All Begins (BLAUES Vinyl)-Copy

Features classic Allman tracks: "No One To Run With," "Soul Shine," "All Night Train" and more!

After a long hiatus, The Allman Brothers greeted the '90's with a smokin' line-up and a great new recording with "Where It All Begins." This stunning release featured a good amount of rock radio classics such as "No One To Run With" and "All Night Train" and "Soulshine."

Augmented with superior improvisational jamming, plus three exciting new band members — the legendary Warren Haynes (guitar), the late great Allen Woody (bass) and Marc Quinones (percussion), this amazing rock classic has never been available on vinyl on these shores... that is until now....

Side 2
1. Back Where It All Begins
2. Soulshine

Side 4
1. Everybody's Got A Mountain To Climb
2. What's Done Is Done
3. Temptation Is A Gun