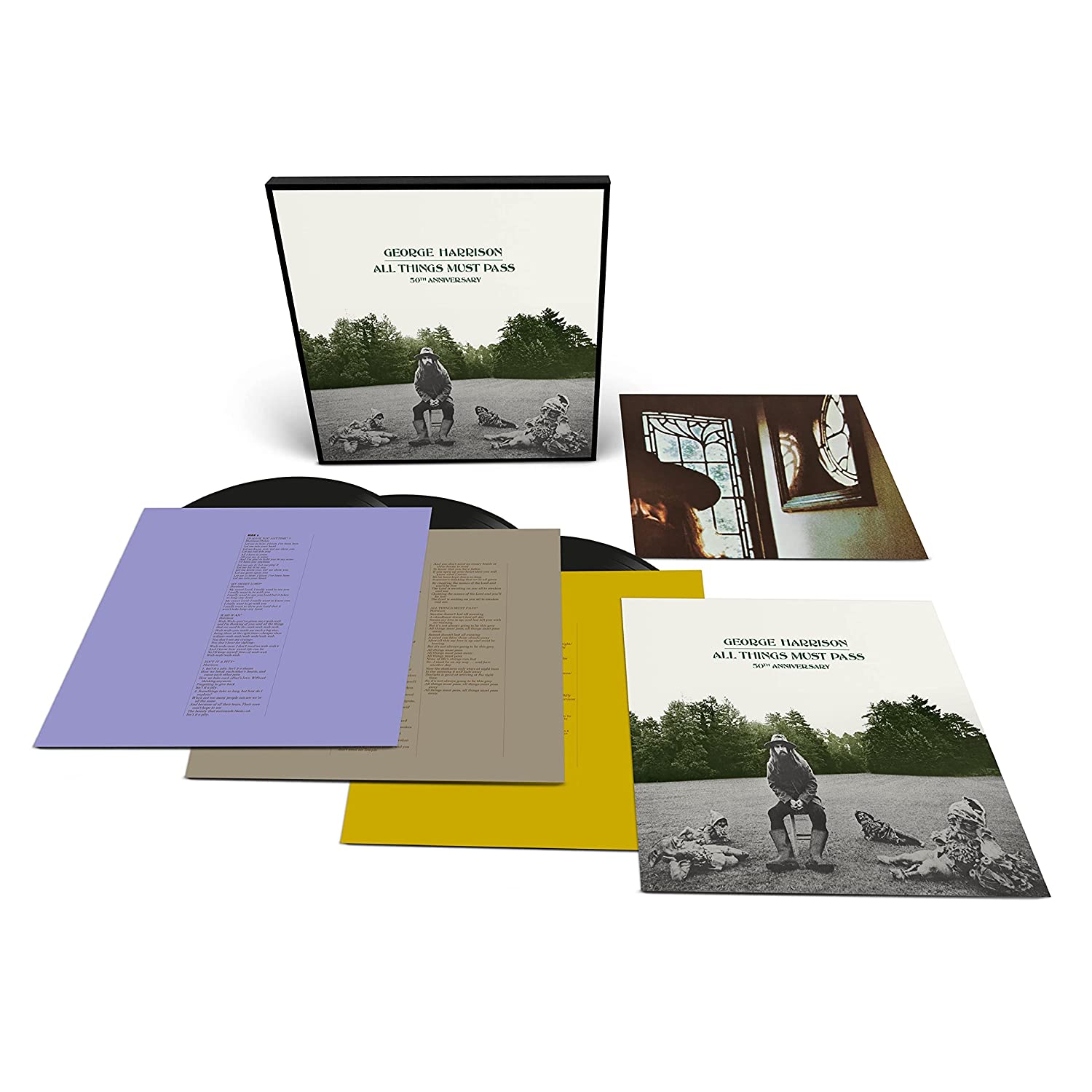 George Harrison: All Things Must Pass

Label: Capitol
The 50th Anniversary of George Harrison's All Things Must Pass is being celebrated with a suite of new releases highlighted by a stunning new mix of the classic album by Grammy Award-winning mixer/engineer Paul Hicks, overseen by executive producer Dhani Harrison.

"Without a doubt, George Harrison's first solo recording, originally issued as a triple album, is his best. Drawing on his backlog of unused compositions from the late Beatles era, Harrison crafted material that managed the rare feat of conveying spiritual mysticism without sacrificing his gifts for melody and grand, sweeping arrangements. Enhanced by Phil Spector's lush orchestral production and Harrison's own superb slide guitar, nearly every song is excellent: 'Awaiting on You All,' 'Beware of Darkness,' the Dylan collaboration 'I'd Have You Anytime,' 'Isn't It a Pity,' and the hit singles 'My Sweet Lord' and 'What Is Life' are just a few of the highlights." — AllMusic

LP 2
Side C
1. Beware Of Darkness
2. Apple Scruffs
3. Ballad Of Sir Frankie Crisp (Let It Roll)
4. Awaiting On You All
5. All Things Must Pass