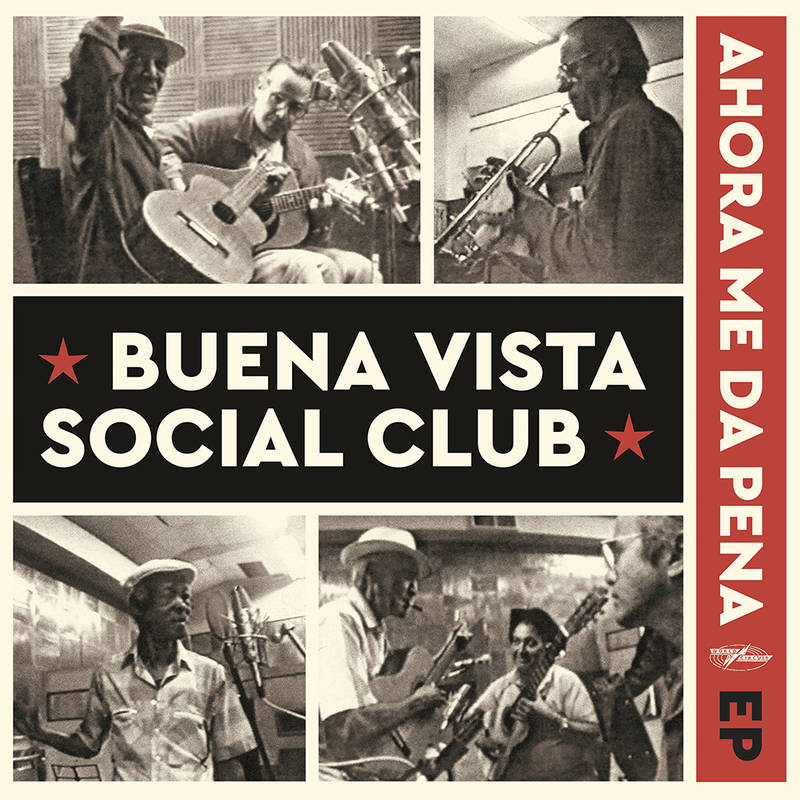 As part of the 25th Anniversary celebrations of the original BUENA VISTA SOCIAL CLUB album, a limited edition 12” EP will be released exclusively for Record Store Day, featuring a previously unheard track from the 1996 album recording sessions “Ahora Me Da Pena,” alongside 3 bonus tracks that have never previously been available on vinyl. The release will be supported as part of the wider and ongoing 25th Anniversary campaign, which has seen huge amount of coverage in press, radio & TV and generated significant engagement and excitement globally.
Tracklist: